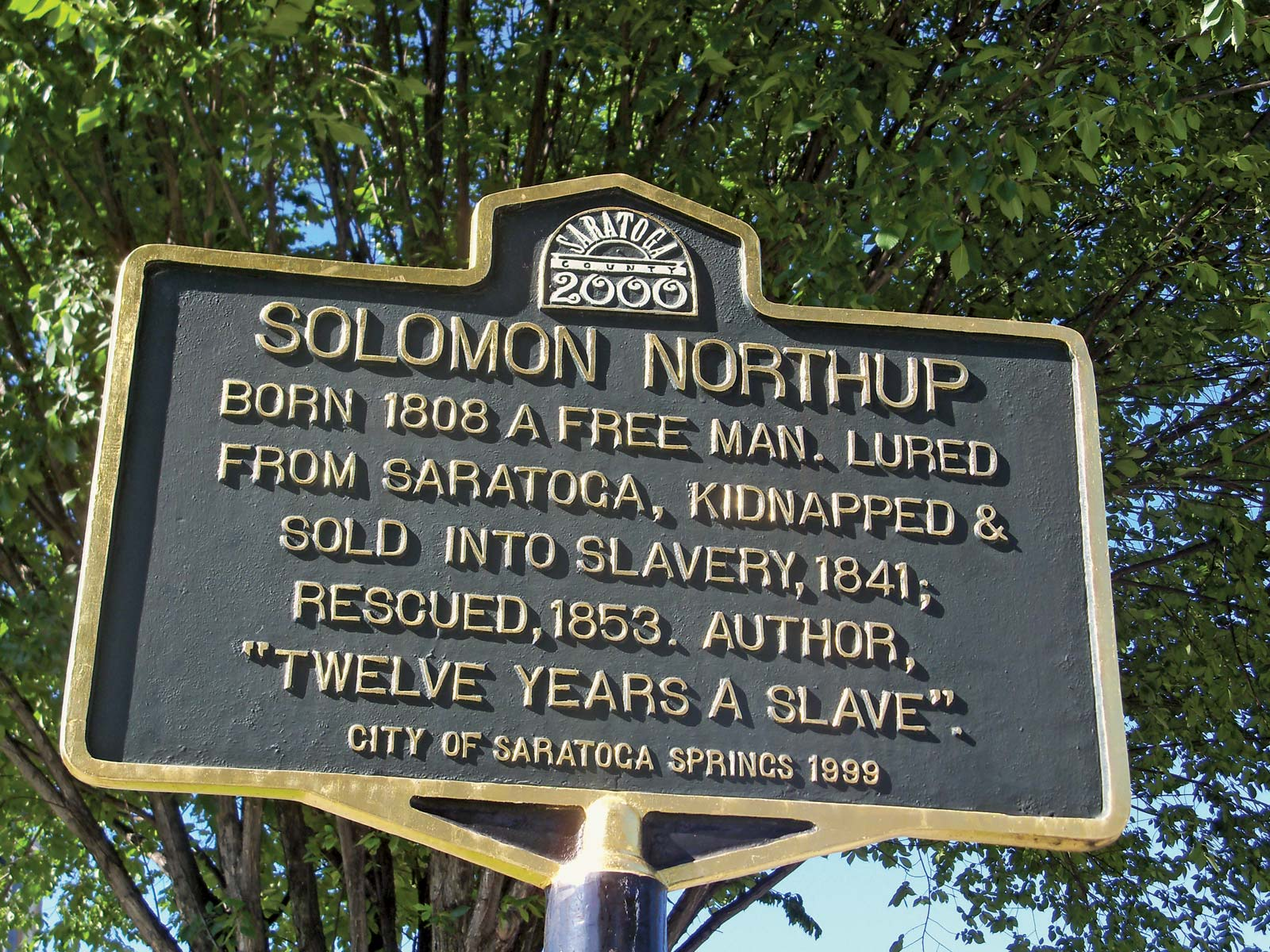 In this entry of Black History 365, I’ll be presenting the story of an African American man who was a farmer and musician, but his life as a person seeking a prosperous life was halted when taken hostage and sold into slaverly in 1841. This is the story of Solomon Northup’s 12 years as a slave.

Who was Solomon Northup

Solomon Northup grew up a free man, working as a farmer and violinist, all while being a family man. Northup’s life took a drastic turn to a path that would lead to constant pain and servitude. In 1841 he was drugged and kidnapped to work in the deep south, specifically a plantation in Louisiana, where he would be enslaved for more than a decade. As a free man he never had to endure persistent torture, but once enslaved he would endure horrible violent conditions. Northup would once again become a free man in 1853 with help from colleagues and friends. His experiences as a slave became a narrative, titled “12 years a slave.”

Northup was born in July 1808 in Minerva, New York. His father Mintus was a former slave but was released by his former master’s death, hence leaving Solomon and his older brother Joseph growing up knowing freedom. Northup worked with his father on a farm growing up, while also taking to books and the violin.

On Christmas Day in 1829, Northup married Anne Hampton, a woman of multiracial descent. They would go on to raise three children, Elizabeth, Margaret, and Alonzo. Solomon and Anne established a farm in 1832 in Kingsbury with Northup also having a reputation in the community as the most excellent fiddlers. With the help of his wife, Northup was able to earn income for her in-demand cooking skills, the couple did well and moved to Saratoga Springs in 1834, where Northup would land a job in the United States Hotel, among other jobs.

In March 1841 while seeking employment, Northup met two white men who claimed they were affiliated with a circus. Northup initially intended to accompany the men and help provide violin performances for their act, but Northup was convinced to travel with them to Washington D.C. From there the trap was set. Northup was drugged by the men, help captive, severely beaten, and sold into slavery in Louisiana.

While in captivity Northup was forced to do a variety of daily strenuous tasks slaves had to do. While being among other slaves, he never revealed to them that he had once lived as a free man for fear of him being sent further away. Furthermore, he observed and later recounted the plight of others like Eliza, whose young son Randall was sold and taken away from her at auction in New Orleans.

Northup’s eventually sold in 1843 to Edwin Epps residing in Bayou Beouf. Once arriving there he had to learn to survive under barbaric conditions with his peers. The constant vile and violence led him discovering a woman named Patsey, who was targeted by the sexually abusive Epps while having to fear attacks from his hate-filled wife. Patsey’s side of the story represented the ordeals of many slave women subjugated in the slavery system.

Northup fortunate changes when Samuel Bass, anti-slavery Canadian carpenter visiting the Beouf Plantation, befriended Northup and reached out to friends of the musician back in Saratoga Springs looking for verification that he had been a free member of the community. Lawyer Henry B. Northup, who was part of the family Northup and his clan took their name, traveled South, and facilitated Solomon’s release in 1853.

It was in that year Northup published the memoir “Twelve years a slave”. The work was known for its meticulousness and thoughtful quality became a top seller and vital historical document which would be an aiding factor for the abolitionist cause.

Northup subsequently gave lectures on his experiences and worked with the Underground Railroad in helping those fleeing slavery to reach Canada. He later disappeared from the public and is thought to have died around 1864.

Solomon Northup’s life has been adapted into motion pictures and other media. Filmmaker and photographer released an American Playhouse film on Northup’s life, Solomon Northup’s Odyssey in 1984. And at the end of the millennium, Saratoga Springs resident Renee Moore created the event Solomon Northup Day: A Celebration of Freedom,” which is an annual event set by the city that began in 2002. Lastly, in 2013 a film by British director Steven McQueen was adapted from Northup’s memoir.

Leave a like and hit that follow button so you can stay up to date with my future posts. As always, peace and keep it real.