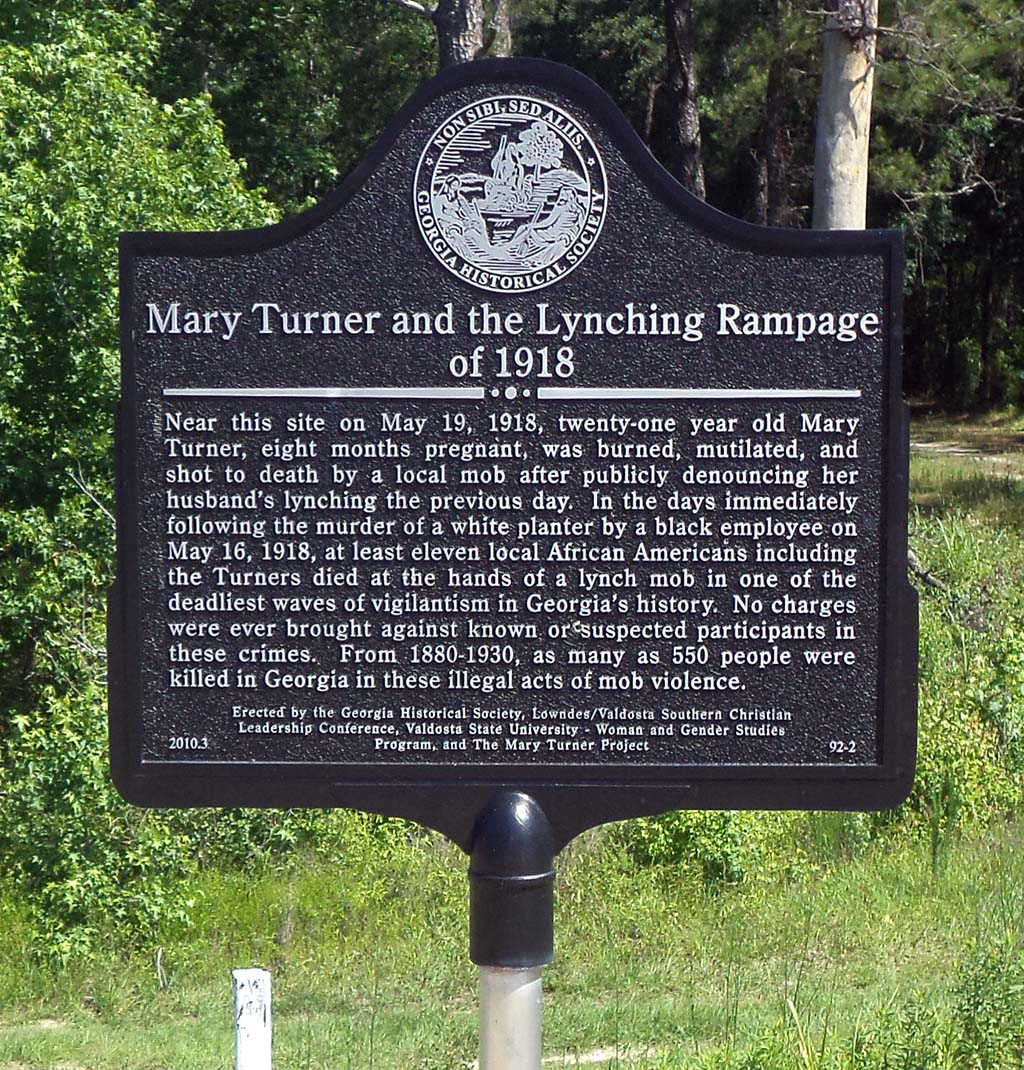 This true crime story I’ll be presenting in this entry Black History 365  is an event in history that I for one didn’t know about and you might not have known. The horrors of slavery and Jim Crow segregation complied an array of racial terror attacks that were brutal and some of them did make it front-page news i.e. Till murder.  This true-crime story in Black History I’m going to present was one of the many deaths that served as in the inspiration for Billie Holiday’s song “Strange Fruit”. With that said, onto the events that occurred on the date of May 19th 1918 in Southern Georgia, United States.

May 19th 1918 in Southern Georgia, United States was a terrifying day that ended in the gruesome murders of a group of black individuals in the form of lynchings. The most notable death was a woman by the name of Mary Turner. Not much is know about Mary Turner’s background, but what is known is that she was a soon to be a mother before her murder.

Mary Turner, a black woman who was eight months pregnant, was lynched by a white mob from Brooks County, Georgia at  Folsom’s Bridge 16 miles north of Valdosta for speaking publicly against the lynching of her husband the day before. What I’m about to say is going to be graphic, so you’ve been warned. When the white mob captured Turner, they bound her feet, hung her upside from a tree, threw gasoline on her, and burned her clothes. The mob took their heinous actions and brutality to the extreme that led to the still alive Turner’s abdomen being torn by a mob member’s butcher knife, resulting in them cutting the unborn baby from her. Brace yourself for what you’re about to hear. Once the baby fell from Mary Turner, a member of the mob crushed the crying baby’s head with his foot. Afterward, Mrs. Turner’s body became target practice for the mob. They went to riddle her body with hundreds of bullets, killing her.

I’m going to backtrack to what caused and led to Mary Turner’s capture and death. Mary Turner’s husband Hayes Turner had been lynched the day before. Hayes Turner was accused of being an accomplice in the killing of a notorious white farmer, Hampton Smith, who was well known for his abuse of black farmworkers. Mr. Smith would bail black people accused of petty crimes out of jail and then require them to work off the fine at his farm. Avoiding jail time to work off his fight might seem like the better deal, but Sidney Johnson, a black man working to pay off a legal fee for “rolling dice” or simply gambling confessed to killing Mr. Smith during a quarrel about being overworked. Police officers killed Johnson in a shootout. When news reached the white community, Mr. Turner and other black farm workers who had been previously accused by Mr. Smith were targeted and accused of conspiracy.

Many black people during this time were lynched based on mere accusations of murder against white people. The same was true here, at least seven confirmed black individuals were lynched by the white mob in response to Hampton Smith’s death, inflicting community – wide racial terror and violence.

Mrs. Turner was grieving and spoke out against her husband’s death, promising to take legal action. Enraged by this, the white mob made an example of Mrs. Turner, despite having not to fear actual legal repercussions from her promise, as black people at that time were afforded judicial processing. The lynching of Turner and her unborn child from the white mob’s perspective was to maintain white supremacy, silence her, and communicate to the black community that no dissent from the racial order would be tolerated. To no surprise, no member was ever held accountable for the lynching of Mary Turner and her unborn baby.

Leave a like if you learned something new from this piece of history. Also, give my page a follow so you stay up to date with my future posts. As always peace and keep it real.