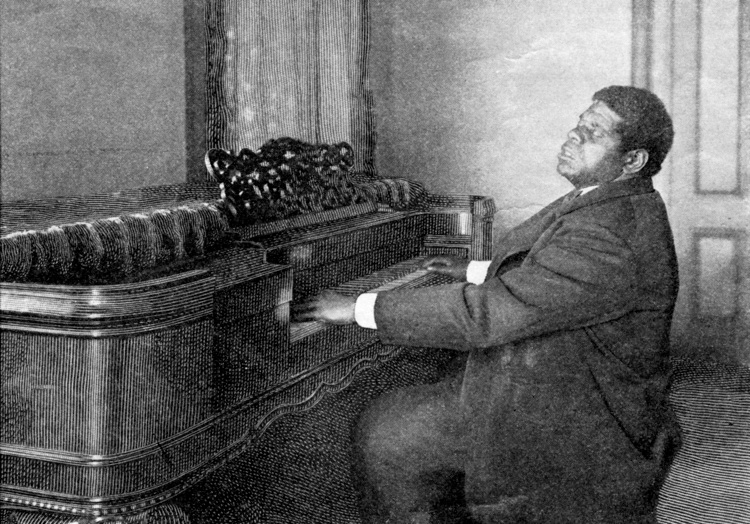 Welcome readers to another entry in Black History 365, a series where I explain, educate and explore historical events, unsung black figures in world history, and recount the struggles and triumphs of black people worldwide. In this entry, I will present the story of a man who lived during slavery and had an extraordinary musical gift, but due to his disabilities his talents were minimized and forgotten about, therefore resulting in many future generations of America to not know about him.

Thomas Wiggins might have given Ray Charles a run for his money if they were in the same era. I know, you’re wondering who’s Thomas Wiggins? Well, Thomas Wiggins was the first black man to perform at the White House, and to make this even more of a feat he did while being blind and autistic. He was nicknamed “Blind Tom ” by his “handlers”.

Wiggins was born into slavery on May 25th, 1849. He was blind and austistic from birth and to make it even more of a challenge he had to endure the dreadful institution of American slavery in the state of Georgia. Since his owner could not benefit from Thomas’s lack of physical abilities he took advantage of the talent Wiggins was blessed with, which was playing the piano exceptionally.

After hearing Thomas play the piano, General James Neil Bethune Thomas’s owner allowed Thomas to have open access to the piano. Thereafter, Thomas was perfectly playing classical piano compositions and even went further by composing original pieces of his own. This was all well and good, but unfortunately Thomas was not able to develop and maintain relationships due to his autism. Furthermore, his autism made it difficult for this blind musical genius to communicate his emotions and needs. Consequently, General James took full advantage of the opportunity to exploit and control Thomas’s musical gift.

James Neil Bethune and Perry Oliver the “handlers” for Thomas earned upwards of $100,000 a year, which is equivalent to $1.5 million in today’s society. 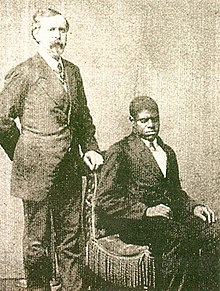 Thomas Wiggins was a savant prodigy which historians believe to be one of the country’s most important musical artists, but since the record industry didn’t exist during his time his work was never enjoyed by the masses. Additionally, due to his disabilities and his status as a slave, his compositions were exploited, therefore making his contributions to music often ignored and minimized by mainstream musical historians and black history for that matter.

Make sure to leave a like if you enjoyed checking this out, and also give my page a follow so you can stay up to date with my future posts. As always peace and keep it real.