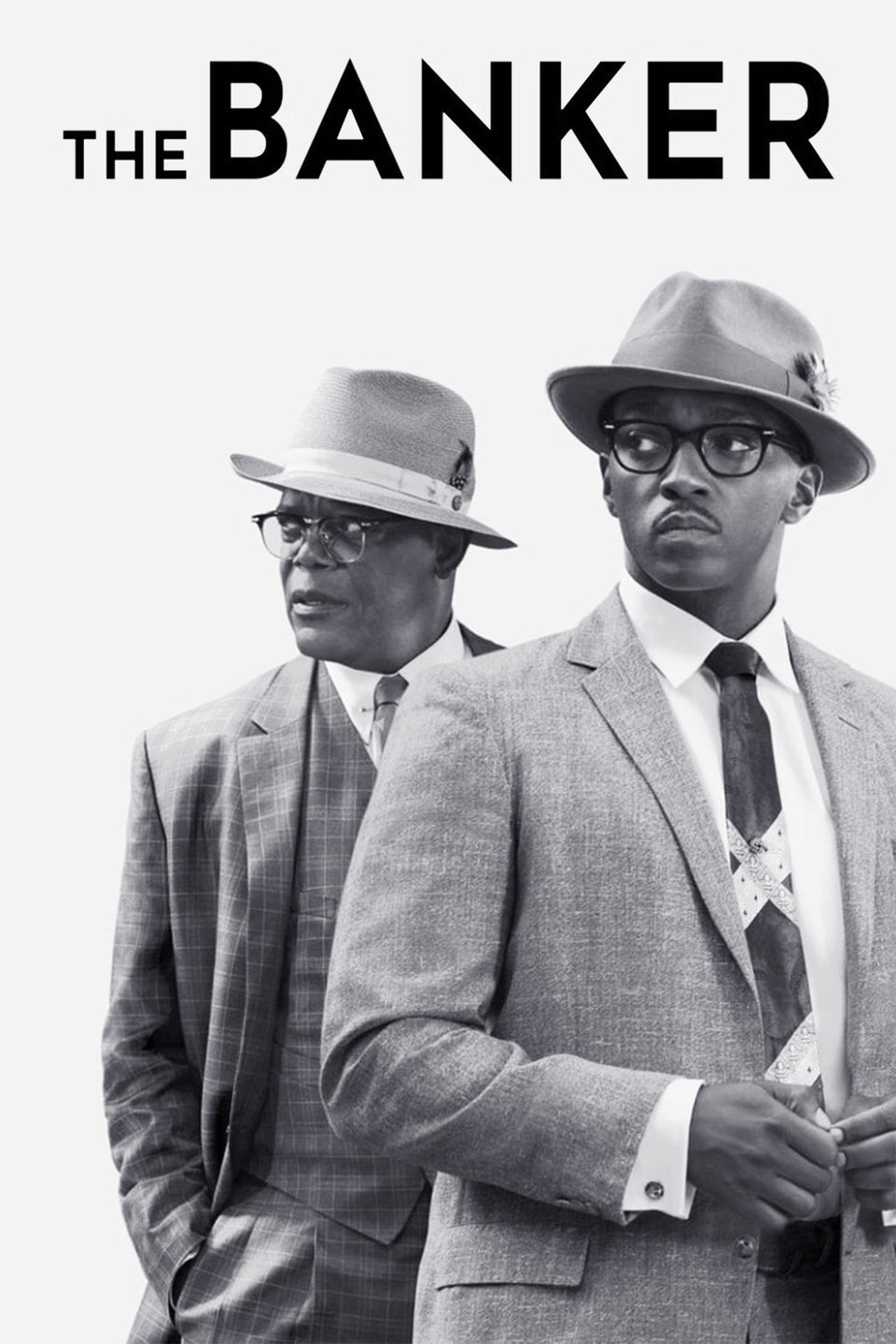 This film I’m about to review and analyze will fly under the radar because for one it’s not a theatrical release and secondly, it’s on Apple TV + which not many people use and own. I believe this film will be one of those hidden gems of 2020. 2020 will be a challenging year for films due to the worldwide health issues (COVID – 19) shutting down theaters in U.S. for three months and we’re only three months into the new year and we’ve gotten a lot of compounding dilemmas. Anyways, “The Banker” from my perspective is an edutainment type of film due to it dealing with true events that happened to two black men during the civil rights era and their journey in changing the banking landscape in the 1950s to 1960s in California and Texas. In “The Banker”, the fight for civil rights in this story stems over land deeds, homeownership and the primary weapon that makes this country stable daily and that’s capital that is mostly controlled by white people. Ambitious and motivated to make a breakthrough in the real estate market, redlining policies and discrimination, Bernard Garrett (Anthony Mackie) uses his intrigue since adolescence in the housing marketing to start a business in Los Angeles with his wife and son by his side. Eunice Garrett introduces Bernard to boisterous club owner Joe Morris (Samuel L Jackson) and this polar opposite duo go on a mission to desegregate the housing market in the city of angels (Los Angeles) and enter banking. However, all their efforts even though successful had its one weakness and that was the everyday obstacle of racism they had to deal with when conducting business deals. To combat this obstacle they befriend and apprentice Matt Steiner (Nicholas Hoult) a working-class white man and trained him to be the frontman to enter circles with rich white bankers that would have shunned two astute black men even if they were well versed in banking strategies and loans. From here on out the group embarks on ways to bring down discrimination in housing marketing and banks.

Directed by George Nolfi “The Banker” is a relativity unknown story that presents a  complex historical drama that’s thought-provoking and inspirational because these two hidden figures (Garrett and Morris) represented everyday men trying to achieve the American Dream which at that time wasn’t guaranteed to them and frankly wasn’t going to be acknowledged by their oppressors if they made attempts in becoming full-fledged and respected members of the American society and this leads to my next point which will be a slight spoil but nothing too specific. At the climax of the film Bernard, Morris, and Matt are caught by the FBI and banking authorities on criminal charges of misapplying $189,000 in bank funds and other charges, Garrett testifies to a bench full of white judges on the systematic racism and oppression that had stagnated black Americans from moving forward economically and creating opportunities for black Americans to thrive in a society where they were second class citizens and were never allowed to participate in America’s economic growth. Furthermore, I can’t gauge the personality of Bernard Garrett, Joe Morris nor Matt Steiner but all three actors portraying these real-life hidden figures in American history were exceptional. Anthony Mackie even though his character was the least intriguing in terms of personality had depth due to Mackie delivering a stellar job in portraying Garrett as a no-nonsense and stoic man that withstood racism during his tenure in the housing marketing and banking. On the other hand, Samuel L Jackson always delivers the expected energy we’ve seen in his roles throughout his career and he transferred that to the Joe Morris character who added levity to tense situations, but he would also remind his partner Garrett how all their efforts even if they happened to become successful had its repercussions attached to it and they wouldn’t be able to change it due to segregation and the socioeconomic disadvantages in class they endured. And lastly, the character of Matt Steiner didn’t represent a typical stock white character being the white savior that would help these two black characters that had to endure adversity daily but as an equal in a working relationship. This showed how these allies had the same outcomes win or lose and at the end of the day they all felt the pain and reward of their efforts. Eunice Garrett the wife of Bernard Garrett portrayed by Nia Long didn’t have much depth but her character held an important position in her husband’s endeavors. She was a good support system that would do anything to help her husband and the targeted black community benefit off their accomplishments. Nia Long did good a job in playing off Mackie in scenes when Garrett needed a second opinion on how to move forward. She would also put her foot down and spoke up when she felt things were not going in the right direction. In regards to that Nia Long said in an interview that Eunice Garrett was more assertive and firm in her stance when dealing with dire situations and she felt that she needed to embody that in certain scenes and she did just that.

In conclusion, “The Banker” isn’t like any other biopic I’ve seen of black heroes being determined businessman uplifting themselves and the black community in Texas during segregation in the 1960s. This film shows the rise instead of the perpetual knocked down of black folks in the eyes of their oppressors some biopics depict and once these men reached their goals it only caught the attention of the government and they came down on them hard which ultimately resulted in Garrett and Morris serving time. A lot of biopics that came out the last decade have shown the losses more than the victories of black folk and that’s why I perceive these two men (Garrett and Morris) as black heroes more than protagonists because they showed black people the blueprint to know that obstacles will always be there but the persistence to provide value not only for themselves but for their community is what matters in the end and for that, I’d say this movie was a great history lesson. Leave a like and comment if you would like to chime in. Lastly, follow my page so you can stay up to date with future posts. As always peace and keep it real.