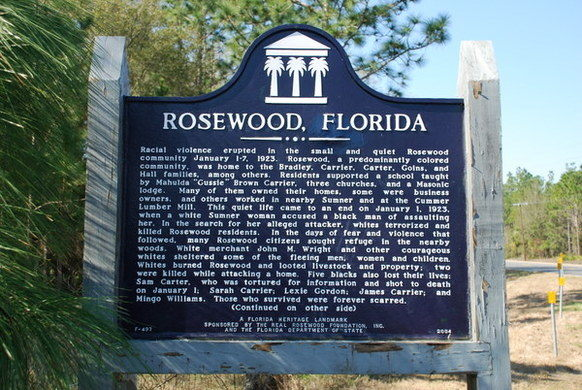 Welcome to another entry in Black History 365. It’s been a bit of a while since I last posted a topic in this series. Anyways, in this post I will be discussing and explaining one of the most devastating events not only in Black history but American history that is usually overlooked and that is the Rosewood Massacre in 1923.

Before I get into the events that happened I want to backtrack and set up the scene with situations that occurred beforehand. Prior to the destruction that would be the Rosewood massacre, there were a series of incidents that stirred racial tensions. For one in the Winter of 1922 a white school teacher was murdered in Perry and on New Years’ eve of 1922 the Ku Klux Klan held a rally in Gainesville not too far from Rosewood.

Now the catalyst to the massacre began with the outcry of a white woman by the name of Fanny Taylor claiming she was sexually assaulted by a black man in her nearby home in Sumner. A group of white men began a manhunt to capture an ex-convict and alleged rapist by the name of Jesse Turner. They believed Turner wasn’t alone in this attack and went on to also look for his alleged accomplices Aaron Carrier and Sam Carter. Carrier was captured and incarcerated while Carter was lynched. The white mob of men believed that Aaron Carrier’s cousin Sylvester a Rosewood resident was hiding him away from the mob’s wrath.

Three days later the mob made their way to Sylvester’s home in Rosewood a group of twenty to thirty white men approached Carrier home and shot his dog. When Sylvester’s mother came to the porch their anger intensified and they began firing their guns on her leading to her death. An irate Sylvester defended his home with all the strength he could muster and killed two men and wounded four before he was killed. I want to get back to Sylvester and the way he was portrayed in the motion picture from John Singleton later in the post. The remaining survivors fled to the swamps for refuge where many of the Rosewood black residents went to avoid conflict from the racial tensions.

The white mob men had the momentum of their hatred at full speed and began to proceed by burning down the Carrier home and now the small total of 30 white men went to a total of 200 as their reinforcements came down and they were also livid that a black man allegedly raped a white woman in from their town. As nights went on the mob attacked and destroyed other black residents’ homes in Rosewood, slaughtered animals, and bombed businesses. An official report claims that six blacks were killed and two whites were killed, but accounts suggest the total casualties are much larger. Once all the carnage ended only two buildings stood standing, a house and a general store. 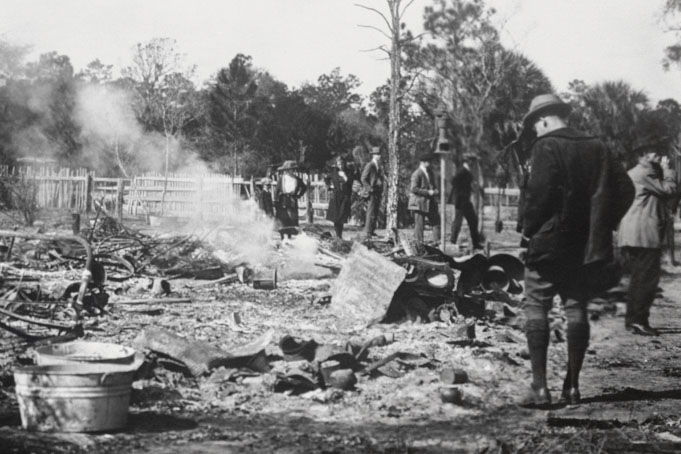 Many of the Rosewood residents who fled to the swamps were evacuated in January 1923 by two local train conductors John and William Bryce. Other Rosewood residents were hidden by John Wright a general store owner and some went to Gainsvielle which eventually led to Rosewood becoming deserted.

After the tragic events, the initial report less than a month after the massacre did not provide sufficient evidence for the prosecution and therefore no one was charged for the Rosewood murders. However, in 1994 as a result of new evidence and newfound interest in the even, Florida legislature passed the Rosewood Bill which entitled the nine survivors $150,000 each in compensation. The compensation is understandable but there will never be any amount of anything tangible in my opinion that would erase the suffering, pain, and death this massacre caused. 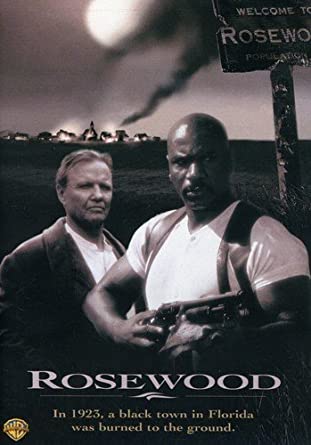 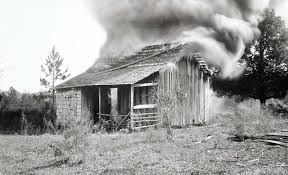 I said earlier in the post I would get back to Sylvester the man who gave his cousin Aaron a place to remain safe and protected his family with dignity and courage against hate and violence. In 1997 the late filmmaker John Singleton directed the film Rosewood which starred Ving Rhames, Jon Voight, and Don Cheadle who played Sylvester. Furthermore, this film was outstanding for depicting a forgotten event in American history that people were somewhat oblivious to, and with Rhames and Cheadle playing characters Mann and Sylvester they fought back against white supremacy that threatened the lives of their people. Even though Rhames character “Mann” was fictional and wasn’t based on an actual person during the events he provided the residents of Rosewood resilience, courage and strategy to fight hate without surrender. It was fitting his character was a World War 1 verteran because he came back from a war overseas to a domestic war with the same level of hate in the oppressors’ eyes. If you’ve haven’t seen the film I highly recommend you do because it is one of Singleton’s best works and he had plenty in his illustrious career.

Remember to give the post a like if you enjoyed this hidden gem of history and comment if you’d like to chime in. Also give my page a follow so you can stay up to date for future posts. As always peace and keep it real.