Check out my latest episode of Real Free Flowing Words podcast below. Click the link to listen and hit the follow button so you stay up to date with my future posts. 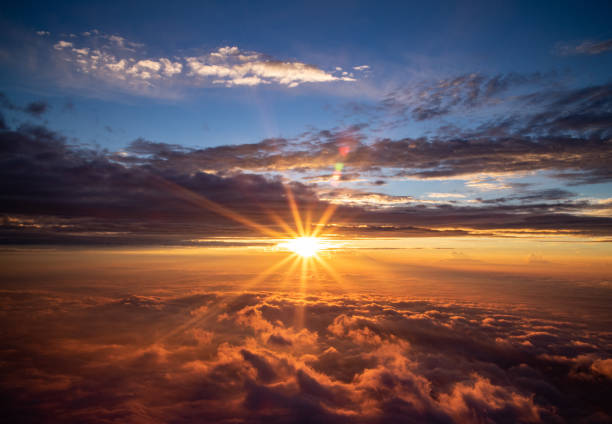 Grasping a pen with hot fingers

The sharp scrapping of his pen picking up strength

The sunrise horizon his muse

At first, the pen ran dry

But suddenly with much persistence

Nothing to impede the message

Every stanza more exquisite than the last

But with every passing minute

All the dark spaces illuminated like a series of matchsticks

All anger growing watery and blended with sudden liberation

Glutton for an intellectual feast

Nourished with a new disposition

Every word made his pupils dilate

The sunshine emanating on every corner of his page

He inhaled a cold draft of fresh air

Which brought forth a memory

Of a friend from the past

To continue writing without inhibitions

I longed to hush my sleepless nights

from the darkly depths of resentment

that torn and bruised my soul

and left me standing alone.

For many days and months

I felt numb and desolate

not even the sun’s distillery

could save me from my misery

by the close of day

even though gentle touch had lost its meaning.

They spoke of my home

reminding of sunlight on my skin

and of the magic of autumn weather

where flowers scatter in poise and glamour.

how long I cried in the cold

those days should burn and die

and pave way for my hidden smile to appreciate greener days

Warming up to a new scenario

the sounds of leaves

and the songs of birds

now bring me back to life

He watches those around him
carry the same strangeness
dreadful in the shallowness
of their damaged hearts
One thing was certain,
The morning storm
couldn’t distract him from his voyage

The wanderer cries silently
not for the loneliness
that accompanies him
but for the pity that rains his soul.

(This is dedicated to all the African beauties)

The sky ebbed and flowed

From the dark petals that painted the earth

Announced by the distilled sweetness of a bright day

Colored by a million golden strands of sunshine

That offered a thousand promises of a woman’s spell

She was an African goddess

Her uniqueness was well hidden just as her luscious curves

Each footstep escorted by a different tune from the former

From gorgeous hips worshiped by long legs and full thighs

That seemed to spew secrets of an infinite beauty

Her eyes were decorated with a wondrous darkness

That fought so bravely to dim my sparkle

Encounter with the image before me

Her beauty blessed my morning cup

filling it with clouds of dreams and worldly perspectives

Our complexion protected against the sun

That begins simply with a ravishing smile

Address to truly yours

I must say that this is one of those fortunate encounters

I call her a treasure trove that’s inside my grasp

Doing my best to stay course

Within me there are direct connections to the motherland in my DNA,

An American born African man whose ancestors land was the grand stage for tribal wars,

A diaspora of natives escaping from the daily torment to new nations,

So I beg the question, can we really stop violence from manifesting?

Only to excrete death,

That invades our well being constantly,

One step removed from a disaster

if someone laughs or looks at you the wrong way,

To urban terrains where for some reality is a staircase leading nowhere,

I write this a day before the 4th of July,

But what is there to celebrate for immigrants and black folk

who enter an unwelcoming land?

Finding no allegiance to a land that cripples them indignantly,

My soul is on fire with everlasting pain

For I’m an American born African

Wishing to retreat back to his ancestors land

That has not fully settled back to prominence,

So I’m going to leave you with this

and let the world know that

The smell of the rain felt prominent

My toes sought to dig deep into the loose earth

Such facade of peace was too blinding

Nothing could invade the stillness of air

This moment refined all reasonable thoughts,

My only wish; to feel glorious

To live a dream within many dreams

If only by the whim of African gods

Whose loyalty is painted against my dark skin

To experience freedom, to use and feel it

These words had been spoken before

To the African child who had been exposed

To a cruel vulnerable past that acts as a reminder

A past that has bared the African soul

Home had turned into prison

Sons and daughters were sniggered into the dark

Today they think of all the humiliation and pain

Instead of cutting the weeds that grew out of cracks

To paint a picture that had never been reflected before

And breathe a familiar smell of freedom and reverence

How surprised they would be if only they knew the truth

That they possess a power that gleams in the shadows

She wanted to plead

Oblivious of the smell

Of the earth and rain

The fog of mystery

The sky dead and overcast

She had broken him

She had betrayed them,

Had poisoned her loyalty,

Their past, present and promises

She was a small fly

Caught in a mesh of thorns

Needing to speak only three words

But “I am sorry” felt so insufficient

He was everything to her,

Many colors of passion

How could she say all these things?

The quiet was hurting her,

His eyes were cold deep

Envisioning the requiem for a reconciliation,

Forsaken by a cruel distance,

Exhausted as she pleads for forgiveness

Towards the ones she neglected,

The same rhetoric repeated through every phone call,

Your “sorrows” are not accepted here no more,

Nothing to show for in a world full of karma

Except being cursed with a swollen heart,

Rupturing to the point of no resurgence,

Limp in her dying moments,

She stared at the full moon as it graced multiple presences,

Only the illumination would capture her last blink,

As I sit back feeding energy to this pen

A silent roar helps release the beast from its den

so for now I’m going to let it be,

Liberation is the mission to allow not only me

but my people from continuing to be placed six feet deep from centuries of brutality,

Fists raised as an assembly occurs for a change

while faces like mine keep returning to locked cells

with a harsh sentence for non – violent drug offenses

Eventually becoming victims of the game

Concrete pavements stained with split blood and names of the “prey”

A reoccurring cycle built into a maze for the “predators” to hunt and walk away,

Mollifying the anguish and grief by compensating the pouring tears

so the attention on them can quickly retreat,

Nightmares of the slain appear constantly throughout nights

The caged bird has been singing the same song for centuries

eventually finding it exhausting to develop a plan to fly away

Doing it’s best to persevere throughout all the chained limits

Who have enough energy to fly away

Towards a goal of relinquishing

the subjection and hold of the oppressors,

but with every needle in a haystack you’ll find a group of ignorant coons!

(You heard that right)

with statements that would make you think

that Amerikkka has them under a mind control

as they continue to build a new slavery in prisons as a new home,

Changing the flag into red, black, and green

gathering the largest team, the country has ever seen

The ending of a nationwide calamity

All this insanity is maddening

Keep your hands up high because one wrong move

and your life could be out of luck,

Friends can turn into enemies within a span of minutes

My minds abroad so I’m swimming within the leak of this pen,

I can’t stand the attendance of governmental decisions,

Why society is split in many divisions?

Why politicians focus on what’s the vintage?

when they should be focused on fixing the society that we live in,

Why so many hungry men, women, and children,

Its reality! look at the statistics this cold world we’re existing in,

Some pessimists needs to be beaten senseless,

lower down the gate so they can come to their common senses,

There’s too many lying

A list of the most wanted are still in hiding

Get high so we can ease the times, socialize, and replay our actions the next day

with no return to sender if offended

Verse 1: Patrick, @mycreativepatience
Her remembrance is evidence not just simply by her sheer elegance,
An angel heaven sent rendering me speechless,
As her sunset erosion creates the explosion for my defense,
Nothing pretense will past tense as she preaches,
Carefully listening not just with my ears but within my heart as it reaches,
The soul, leaving my body out of place and without the ability to gain control,
Her therapy is the recipe delivering “food for the soul”
the nourishment to guide me while I practice what it teaches

Verse2: RhymeRula, @Real Free – Flowing Words
Consuming her fumes and savoring her words as it digests into something majestic
I remember the times when
Her presence was a safe haven bundling up my languished soul from the peril of a winter storm
The least I could do was spring her back to balance if she may fall.
On some days her heavenly tears pour down with immense intensity
Unfazed as I cup my hands to purify my past sinful actions
Sensing the powers of her tears quench my thirst
rejuvenating me as I stare up at a scorching sunrise
Majestic like a ruby stone her brave soul fights against daily adversity so I can’t leave her alone
Bridging the gap so she can meet me halfway if ever lost
Writers block dormant as I keep my eyes open seeing my everyday muse floating towards me