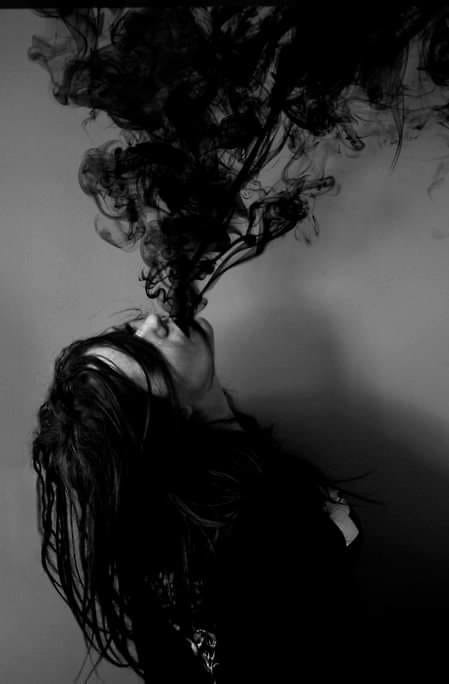 The moon is frozen and dawn is emerging soon

Eyes glued to the sky, wondering if I’ll be able to sneak a peek at sunshine’s hot boom

an hourglass nailed to the table, the last trail of incense smoke fills my room

the time has come; the last gust of air inhaled from an open window

Hell hounds on my trail ready to growl, pounce, tear, and send me on a one way trip to an eternal brimstone fryer

But knowing the inevitable is much amusement

Will I return to my vessel?

Or make home in a new one?

So many options, so many possibilities,

after my return so many eyes made contact with me and you just did so I chose you!

Chasing criminals and sticking the law up their ass in Chicago was elementary to homicide detective Malik Foley, but this long night was one he wished to never remember. Foley held tight on his pistol as his police badge stabbed into his hipbone. The cold mist from the afternoon rain and fog made the forest a labyrinth or in other words a playground ready for predators to swiftly capture their prey. He entered the forest where he believed the criminal he was searching for fled to. Suddenly, he heard the sound of laughter which caused him to turn in circles so fast he felt the onset of vertigo. As he came closer to where he heard the laughter the sight of what in front of him caused him to freeze. A woman was lying on the ground. She got up quickly and began running away from Foley.

She turned around and began walking back towards him. Her clothes were covered in blood. She was holding a large knife.

“Jesus, what happened to you?” The woman looked at Foley smiling, “It’s Zalmora she said”.

“Where is the man who did this to you”? asked Foley

“Done this to me?” Zalmora asks. “Is this some sort of lawman fantasy? I had a run-in with a vampire, that’s all.”

“A vampire?” Foley ask. “There’s no such thing as vampires?”

“Yes there are,” Zal said nodding.

“What happened? Where are the injuries? How bad is it?” Foley asked

“I’ll explain it all when we get to safety,” Zal says.

“But can you look after my back? My shoulder’s wounded, and I can’t use it to carry my weapon any longer. Also, my knife hand is injured.”

Zalmora leaned her languished body onto Foley, and they walked forward. He was doing his best to keep her standing upright. Time passed and eventually the sun set.

“We need to find a place to sleep for the night,” Zalmora says.

Foley recalled the old mansion that had been abandoned for years on the edge of town. It was not safe, but it was better than sleeping in the open.

Foley led Zalmora to the mansion, and opened the large door to let her inside. The mansion was dark and desolate. He hoped nocturnal creatures weren’t a problem . He headed back outside, and looked for somewhere comfortable to lay down. Soon, he fell asleep searching for stars beyond the gray clouds.

Foley awakened in the early hours of the morning by someone entering the mansion. He sat up, raising his pistol.

“Get up” a man’s voice said

Foley pointed it at the dark figure that stood in front of him. The figure held his hands up, and Foley recognizes him as sheriff Wyatt of Cook county.

“I didn’t think you’d come here.” “What are you doing here?” Foley asked.

“You’re supposed to be keeping the peace in the town.”

“I wanted to,” sheriff Wyatt said as he lowered his hands

“I could use some back up,” Wyatt said.

“If you come with me, I think I can take care of this myself but more faster and efficiently . If not, then I’ll need to bring in reinforcements from the town.”

Foley contemplated for a moment. Sheriff Wyatt might have been able to handle whatever problem he had on his own, but he no doubt be able to handle it better with some back up. Still, Foley considered him to be reasonable man, but he still had his doubts. Foley was at a crossroads on whether to help out the injured Zalmora or the sheriff, the question kept repeating in his mind, who do you want to help more? Foley moved closer to the sheriff, lowering his voice.

“Why do you need back up?” Foley ask.

“What’s going on out there?”

The sheriff looked down, seemingly embarrassed. He breathed deeply before looking back up at Foley. His eyes seem different, as if they are brimming with a hidden pain that he wasn’t letting anyone see. “There are… monsters running around,” he says. “Ghouls. They’ve been raiding the town, and they’ve been acting strange. Two of them came into my office while I was sleeping.” Foley raised an eyebrow, keeping his guard up. The sheriff sighed.

He stared at Foley for a moment, as if trying to read his thoughts. Foley stared back, trying to will himself to be strong enough to see through his eyes, to see what he sees. But he couldn’t do it. Finally, the sheriff seemingly accepted the fact that Foley couldn’t see through his glamour, and he shrugs slightly.

“Nothing I can do about it,” he says, pulling out his gun and turning away from you quickly. “I need to take care of these two before they kill us all.”

He raised his gun and fires. The bullet went through the head of one of the two men who approached him slowly and dutifully, each clutching a side of his jacket. The two men collapse forward without a sound, and the sheriff kicked them aside as if they were just sleeping men. The second man approached more quickly, his hands raised in surrender. The sheriff raised his gun and fired again, hitting the ghoul in the chest and sending him backwards through the air and to the ground with a broken neck. He twitches once before going still.

“One down,” Wyatt said calmly.

“This one isn’t human.” Foley looked up, realizing that the second ghoul is indeed something else. It has a human skull for a face, complete with eyes set deep into the sockets for vision, but otherwise it is just skin stretched over a gruesome skeleton. It reached out towards Foley with long, bony fingers, and he leaped backwards a kicking it in the face as he fumbled to grab his gun from his pants. The momentum caused him to land on his butt among some furniture but he felt momentary relief because he kept his distance. The sheriff stared at him calmly, shaking his head.

“Shoot it!” Foley shouts at the sheriff.

“Stay where you are!” the sheriff shouts back at you, his pistol raised in both hands. Foley cursed under his breath. The sheriff kept his focus on the ghoul, who stumbled after him with flailing arms. He took careful aim, and fired. The bullet hit the creature in the forehead, and it’s skull collapsed inward from the force of the impact and falling to the ground with a thud. It made no more noise after that.

“Dead,” the sheriff says with a nod.

“Let’s get out of here.” Foley stood and followed him out of the mansion, into the dawn light, but not before what once was Zalmora who is now a vampire stood in the doorway hungry for fresh blood. She rushed toward the two cops for her first of many immortal meals .

I witnessed her rise

An inky black mirage that I couldn’t look away from

as I watched her lower her head

I wondered what saddened her but

She remained silent, her answer only a stare

And in one swift motion

She slashed her wrists

There’s no romance in death

Only darkness is eternal

Mesmirized I obliged and she finally died feeding my need

’cause love was deaf to my callings during this lifetime

A sour taste was all that was left on her tongue.

Sincerely yours that sweet taste of freedom corroded by a serpents hunger.

An infinite onslaught of hands

Began to swarm and asphyxiate his every exclamation for help

His last meal smothered with an unfortunate deliverance of angry bitterness,

Every hand impairing his sight

While pulling back his thoughts from manifesting,

In the midst of the excruciating pain, the thought of his revenge lingered throughout

every bullet that were crafted by his enemies,

This would be the siren for his demise,

He began with a broken life but after getting

Until this very moment,

Attempting to desperately plea for why his life should be spared,

A handful impending afterlife that he perceived to be his judge, jury, and executioner,

Unable to listen due to his ears

being plugged by the barrage of crawling fingers,

Fighting to withstand fading into oblivion

On the verge of flat lining into the crossroads,

“Call it in” one of the trauma surgeons said, because the time has arrived

When the stench of death taints everything we do or say,

Approaching ever so closer, defenses up

Behind her a shadow dancing on midnight darkness

Silent streets the only audience at the scene

a massive shadow nearing towards her

Refusing to allow any force to break through her boundaries

Unbeknownst to her due to blarring earphones

A voice calling out for her attention

In shock as she sees her handheld pocketbook

she left on the train his hand

As she stood still, drowned by the devastation

The harsh reality of trespassing boundaries without warning

As the clock struck midnight

Passengers aboard the night bus

A slogan on the side read…

Our determination is getting you quickly to your destination

If only they knew that no soul was exempt

from ever escaping the night bus

A one way ticket stamped with their demise

As he grins with an declaration “we’re going to the gates of hell”!

An expeditious voyage on a scorching highway

The bus returns to it usual stop every Friday night

to carry a new collection of lost souls

who’ll enter this nightmare as their new home

The exterior was never pristine but

the bus was supplied with never ending fuel

energized by their souls

No one will ever know these passengers were missing

just yourself so say goodbye to your past

We’re confined in a realm full of all evils

temptations possesses every individual without warning

Out of luck so we all remain stuck

Desperately searching  for self-control to fend off the temptations

Eventually escaping and descending from reality

Gluttony in all forms mollifies the everyday void

No self – control so the temptations control us like toys

No more mind of our own