Welcome readers to another entry in Black History 365, a series where I explain, educate and explore historical events, unsung black figures in world history, and recount the struggles and triumphs of black people worldwide. In this entry, I will present the story behind “The Freedom Riders”. This post is much needed to be presented after the recent passing of civil rights legend and former U.S. representative John Lewis who was the frontman so to speak in this group of activists.

The Freedom Riders were a group of Black and White Americans civil rights activists who participated in Freedom rides, bus rides through the American South in 1961 to protest segregated bus terminals. During their travels, The Freedom Riders tried to use “whites – only” restrooms and lunch counters at the bus stations in Alabama, South Carolina, and other southern states. As expected they were met with hostility from police officers as well as horrific violence from white protesters. However, with all the adversity they endured, they had supporters as their actions and bravery were spotlighted on an international scale. 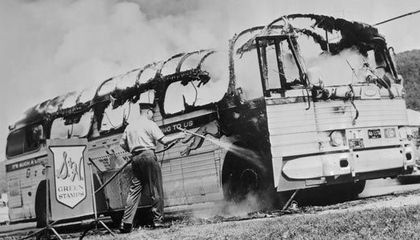 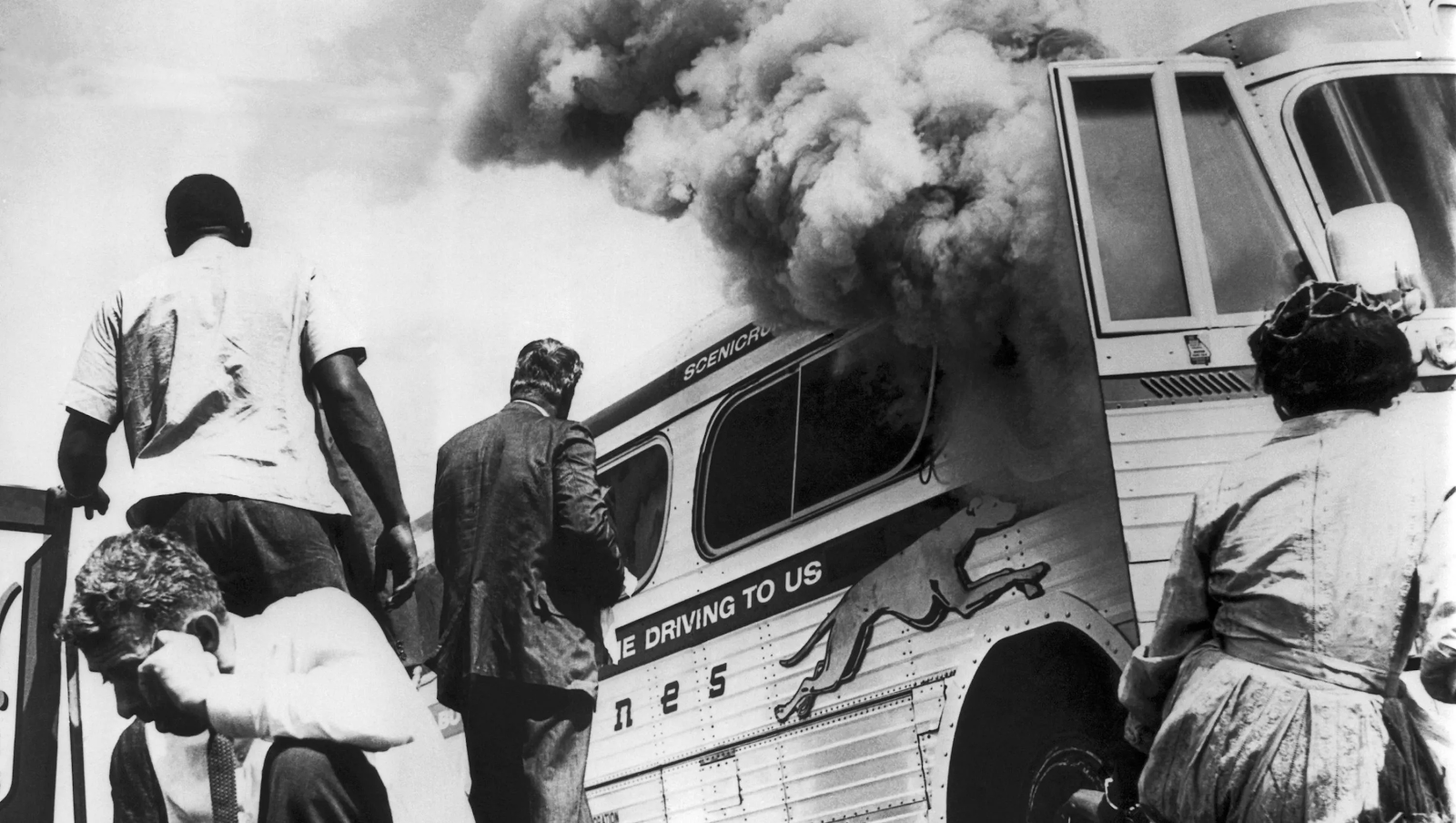 The original members of Freedom Riders totaled at 13, seven African Americans and six whites left Washington, D.C., on a Greyhound bus on May 4, 1961. Their objective was to reach New Orleans, Louisiana on May 17 to commemorate the seventh anniversary of the Supreme Court’s Brown V. Board of Education decision, which ruled that segregation of the nation’s public schools was unconstitutional. 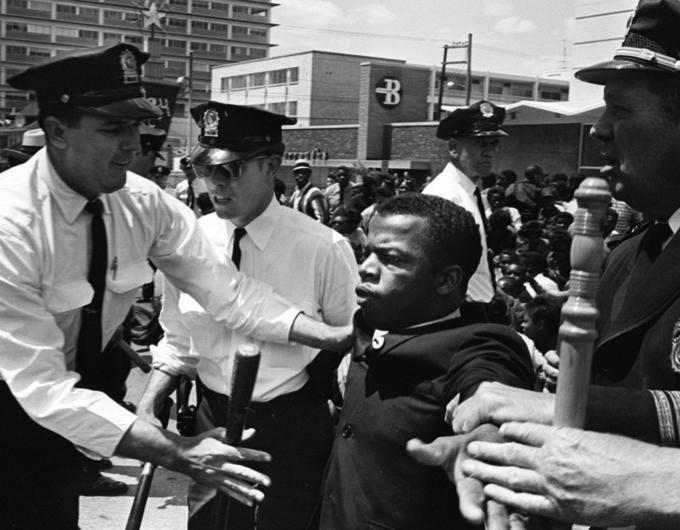 The next day, the group reached Atlanta, Georgia, where some of the riders split off onto a Trailways bus.

Soon after the mob followed the bus in automobiles, and when the tires on the bus blew out, someone threw a bomb into the bus. The Freedom Riders escaped the bus as it burst into flames, only to be brutally beaten by members of the surrounding mob. 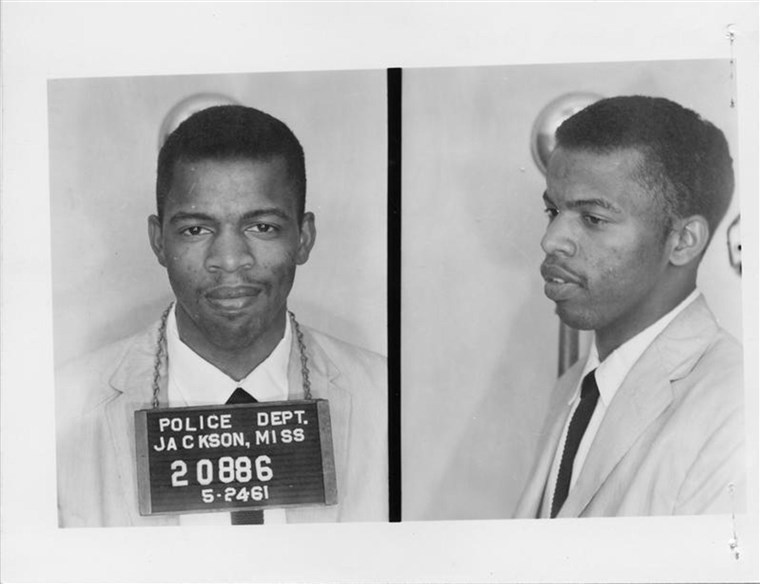 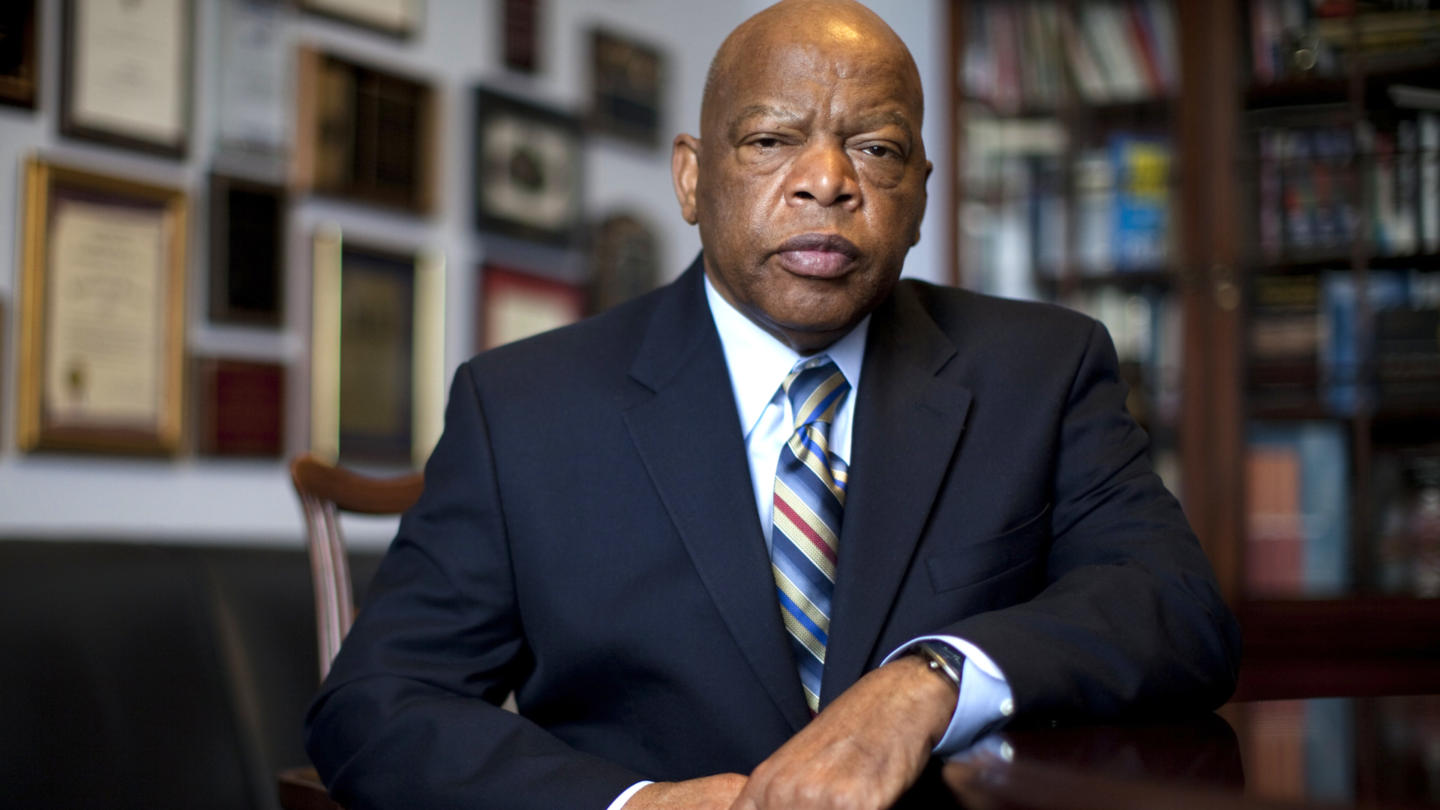 The second bus, a Trailways vehicle, traveled to Birmingham, Alabama, and those riders were also beaten by an angry white mob, many of whom carried metal pipes. Birmingham Public Safety Commissioner Bull Connor stated that, although he knew the Freedom Riders were arriving and violence awaited them, he posted no police protection at the station because it was Mother’s Day. Talk about a setup.

Photographs of the burning Greyhound bus and the bloodied riders appeared on the front pages of newspapers throughout the country and around the world the next day, drawing international attention to the Freedom Riders’ cause and the state of race relations in the United States.

Following the widespread violence, CORE officials could not find a bus driver who would agree to transport the integrated group, and they decided to abandon the Freedom Rides. However, Diane Nash, an activist from the SNCC, organized a group of 10 students from Nashville, Tennessee, to continue the rides.

U.S. Attorney General Robert F. Kennedy, brother of President John F. Kennedy, began negotiating with Governor John Patterson of Alabama and the bus companies to secure a driver and state protection for the new group of Freedom Riders. The rides finally resumed, on a Greyhound bus departing Birmingham under police escort, on May 20.

The violence toward the Freedom Riders was not quelled, rather, the police abandoned the Greyhound bus just before it arrived at the Montgomery, Alabama, terminal, where another white mob attacked the riders with baseball bats and clubs as they disembarked. Attorney General Kennedy sent 600 federal marshals to the city to stop the violence.

The following night, civil rights leader Martin Luther King Jr. led a service at the First Baptist Church in Montgomery, which was attended by more than one thousand supporters of the Freedom Riders. A riot ensued outside the church, and King called Robert Kennedy to ask for protection.

Kennedy summoned the federal marshals, who used teargas to disperse the white mob. Patterson declared martial law in the city and dispatched the National Guard to restore order.

On May 24, 1961, a group of Freedom Riders departed Montgomery for Jackson, Mississippi. There, several hundred supporters greeted the riders. However, those who attempted to use the whites-only facilities were arrested for trespassing and taken to the maximum-security penitentiary in Parchman, Mississippi.

That same day, U.S. Attorney General Kennedy issued a statement urging a “cooling off” period in the face of the growing violence:

“A very difficult condition exists now in the states of Mississippi and Alabama. Besides the groups of ‘Freedom Riders’ traveling through these states, there are curiosity seekers, publicity seekers, and others who are seeking to serve their causes, as well as many persons who are traveling because they must use the interstate carriers to reach their destination.

In this confusing situation, there is an increasing possibility that innocent persons may be injured. A mob asks no questions.

A cooling-off period is needed. It would be wise for those traveling through these two Sites to delay their trips until the present state of confusion and danger has passed and an atmosphere of reason and normalcy has been restored.”

During the Mississippi hearings, the judge turned and looked at the wall rather than listen to the Freedom Riders’ defense—as had been the case when sit-in participants were arrested for protesting segregated lunch counters in Tennessee. He sentenced the riders to 30 days in jail.

Attorneys from the National Association for the Advancement of Colored People (NAACP), a civil rights organization, appealed the convictions all the way to the U.S. Supreme Court, which reversed them.

The violence and arrests continued to garner national and international attention and drew hundreds of new Freedom Riders to the cause.

The rides continued over the next several months, and in the fall of 1961, under pressure from the Kennedy administration, the Interstate Commerce Commission issued regulations prohibiting segregation in interstate transit terminals.

Leave a like and comment if you’d like to chime in. Also give my page a follow so you can stay up to date with my future posts. As always peace and keep it real.