The end was in the beginning,

Simultaneously gaining and losing at every juncture I took a step towards,

The price of winning is nothing but misery or death,

to step outside in the light of a golden day,

From day one, I tried to understand

where I fit within the insolent and destructive behavior,

I’ve witnessed the streets of Harlem flamed into riots,

I said it once and I’ll keep saying it,

Until the world is vaporized into oblivion,

But I feel the same exhaustion,

The only victor in a battle royal,

My ambition to be seen has been afflicted by the daily deception,

But as the saying goes, two can play at that game,

Dismissed from the vicinity, a new curriculum is what I’ll save up for

So I’ll make sure my return will be remembered,

This became my genesis to understanding that

The end was in the beginning

Over indulging on optimism,

Constipated by the light, as I find myself trapped in the belly of darkness with every new face I encounter,

Because the pain will always have a lesson planned for you

If that’s true how can I be embraced by a brotherhood who find my methods to be misunderstood,

No way to alleviate the betrayal as I continue to embark

On my journey for progression on a land where I lack visibility,

I’m constantly being held back,

My good intentions find no appreciation from leaving the south to live up north,

Carrying a briefcase that has the weight of anvil,

Weighed down by naive innocence turned to blind ignorance,

Unlocked to bring possibilities to search for a change

On a land that never acknowledged his existence,

My conflicted aspirations have difficulties coming into fruition because they are constantly being shot down,

In actuality my invisibility has been immortalize even when my physical body perishes,

It’s witnessed the boys in blue take brothers lives like they did with one of mine,

All they see is dancing Sambo dolls prancing and shaking

Until they’re in a state of shock and their bodies are 6 feet under in dirt and rocks,

Confined between barriers dreaming of a riveting clean slate,

Clean and absorbed as a black chemical that’s mixed into white paint,

Unsatisfied when the end result is still pure whiteness

Eliminating the common denominator so it’s no longer a factor,

My invisibility can’t catch a break,

Thwarted agendas to manipulate her for my brotherhoods uncovered information

Angered by the request to bring life

To a byproduct of infinite racism,

Nothing has changed on my voyage, only a realization that my invisibility has been sacrificed countless times,

Finding no return to every place I left my presence at,

Throughout my plight and all the fights I’ve been in,

Taking a brief hibernation to recollect my thoughts and be candid,

Explaining to myself that even though

I’m an Invisible man, I still have a social responsibility to tell my story,

Even on low frequencies you can still hear me

because the pain that resides in my heart can’t stop shouting to find a definitive identity,

Since I began my journey until now,

The end was in the beginning,

I’m not only here in seclusion to tell my story and vent,

it’s because I might be able to speak for you 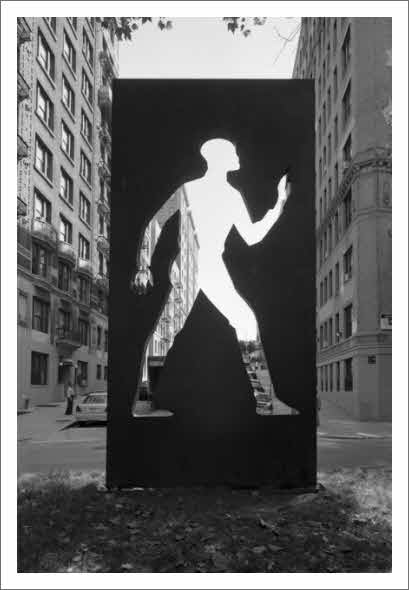